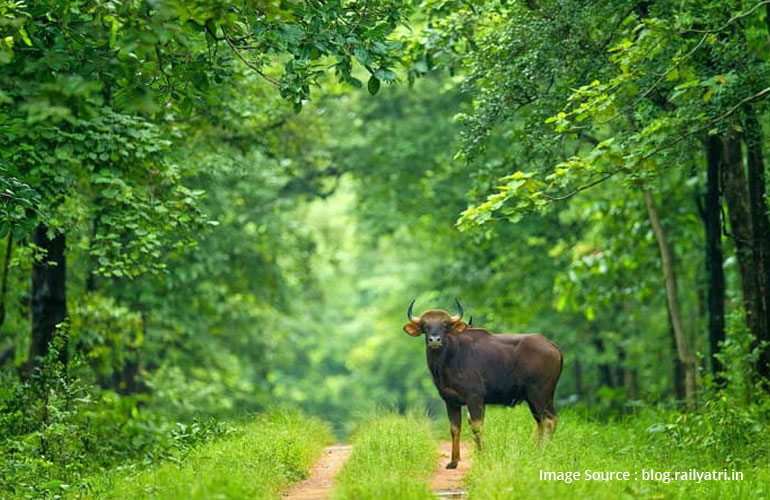 smallish reserve covered in virginal woodland. Barnawapara promises excellent sightings of resident fauna, including leopards and a variety of deer. The sanctuary can be covered as a day trip east from Raipur, though nature lovers are advised to spend a day or two admiring the verdurous surrounds

Christened after the two villages it encloses within its buffer zone, the 250sq km sanctuary comprises flatlands, and plateaus punctuated by rivers, reservoirs and hummocks up elevations of 400m. Its pristine teak, sal and bamboo cover accords it an extremely dynamic and rich faunal life.
The sanctuary also contains a wealth of tendu and mahua trees, the latter a huge favourite with certain big-eared, long-trunked, trumpeting pachyderms. A dozen or so elephants have recently been spotted decimating bamboo (another favourite), exciting incredulous officials into hoping they turn long-term residents from short-term guests.

Barnawapara is one of the few national parks that permit entry to self-driven private vehicles, provided a mandatory licensed naturalist accompanies them. Better though to consider guided safaris organised twice daily by the Forest Department