The Most Interesting Adornment – Bastar Fashion 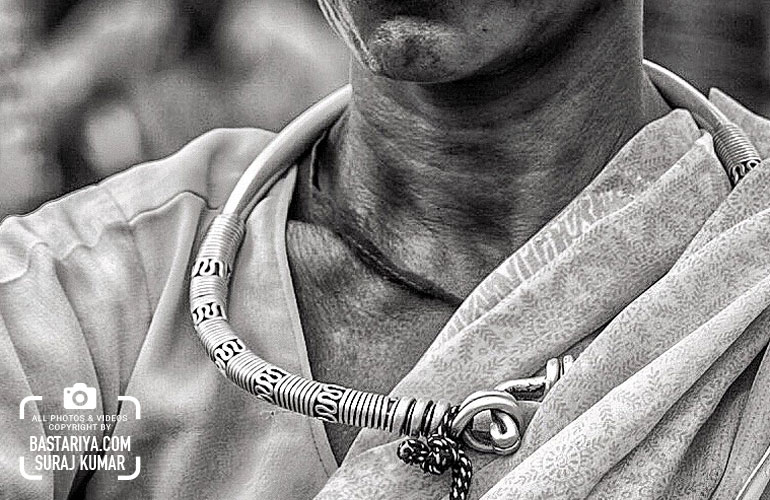 Bastar is a tribal territory. It has the largest strength of tribes (adivasi/ indigenous) found anywhere in the country. Bastar has, in fact, the oldest and densest tribal habitation in India, almost untouched for thousands of years.

In tribes woman play an important rule. Their attire is also very different and colourful. They love wearing Jewellery made of beads and metals.

The tribes in Bastar are known for its unique, distinctive tribal culture and traditional living style. They live in their own world. They are truthful and honest with smiling faces.

Various forms of tattoos, hairstyles, embroidery and costumes are a part of their lifestyle. Superstitions are prevalent amongst all the tribes.

Although many adivasis now wear modern attire, it is not uncommon to see older woman wearing short saries held together with a knot on one shoulder, the other one left bare. it’s their jewellery ad tattoos, though, that, make a stand out. Thick silver- or gold – plated necklaces (soota), ankles(pahil), nose pins(purhi),bracelets (guris), amulets (bahata) and clips (Kalip) all make for eye-catching ornamentation. The most interesting adornment are the tattoos of women. Designs include lines of dots and starts on the arms and sometimes on faces and breasts; the art of making a tattoo is called Godna.

Men generally wear dhotis or lungis, often with a knife tucked into the waistband. They reserve their flashier accessories such as the grand headgear of the Bison Horn Maria for special occasions.