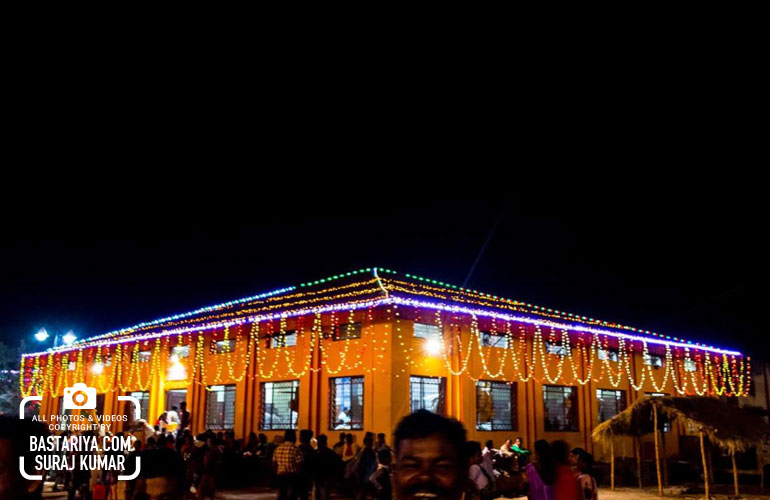 As we start exploring the district of Bastar, we must all know that Jagdalpur is the starting point for doing so. One of the easily accessible areas and filled with different facilities, Jagdalpur remains the main point when in the district of Bastar. Starting with the initial point, to reach Bastar, we step into the lands of Jagdalpur, the capital city of Bastar district. Jagdalpur has its own interesting story of becoming the capital city. Let’s explore the story behind.

It is believed that the king back then went to the banks of river Indrāvati for hunting one day. There he saw his horse as an opponent to a little rabbit. Neither the horse moved back nor did the rabbit take aback. Seeing the courage that the little rabbit showed, the king was overwhelmed. He thought awhile and considered the place to be very great and beautiful. He was very happy seeing the courage that an animal shows and hence wanted Jagdalpur to become the capital. The king took all his efforts to buy the land space from Jagdoo Mahara and thus the capital was established.

The popular and late king Raja Pravir Chandra Bhanja Deo’s and his ancestor’s cultural traditions have been kept alive till date in the palace with great respect and remembrance.

The Bastar district is bliss for all the traveler and tourists visiting the area. Bastar constitutes seven districts i.e, Bastar, Dantewada, Bijapur, Kondagaon, Narainpur, Sukma and Kanker. Bastar was one of the largest districts in India before the split. With an area of 39171 sq. kms., Bastar was greater than the state of Kerala and countries like Belgium, Israel, etc.

Bastar has its enigmatic beauty that is not yet fully explored. Bastar holds within the primitive culture making it an attractive destination. The endogenous parts of Bastar are very beautiful providing a unique, unexplored and untouched experience to visitors. Bastar is definitely not like any other metro cities that are crowded with public gatherings.

Perhaps, Bastar is also known as the “Land of Sal Forests”. It is very densely covered and populated by the Sal tress, also known as Shoraaro Busta. The forest is so dense, that penetration of sunlight within is equivalent to nil. With the entry into the forest, it would become very difficult for the visitor to differentiate between day and night. Already sounds scary right?

So let us move unto the next destinations that could be the waterfalls, caves, temples, rock paintings and plateaus. With so much of flora and fauna, Bastar is considered to be the richest ecological biodiversity in the country of India. And the honored identity of Bastar is given by the United Nations as one of the biodiversity hotspots in India.

Bastar has a unique charm with all its seasons all throughout the year. The rainy season shows beautiful picture of the springs and waterfalls surrounded by the green fields around. The winter is full of fog, very much advisable for early morning’s sunrise views and bonfire nights with camping and trekking all along the woods. These seasons are best to visit Bastar and explore the scenic beauty the most. Bastariya food and Dandami Madiya dance of the tribe is an added euphoria together with its huge and beautiful caves, hidden beneath the surface, waiting to be explored.

The vigor and zest to call Bastar the “Kashmir of India” is exclusive and unquestionable, such an enchanting region it is!